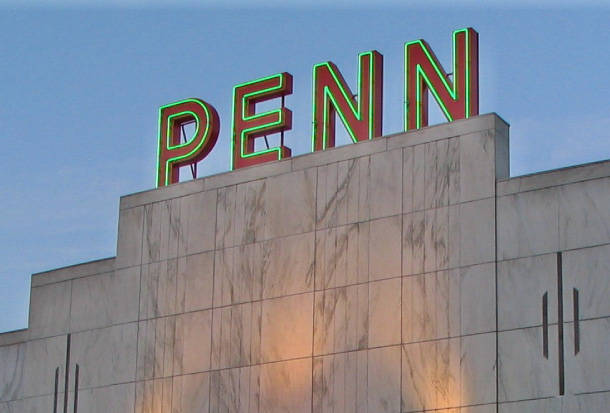 The calendar has flipped to October which means not only is it time for hoodies, crunchy leaves, and pumpkin-flavored everything, but it’s also time for things to get a little scarier. Halloween is technically only one day of the year, but it seemingly always takes over the whole month of October as people get in the spooky mood. One of the best ways to do that is by watching a scary movie, and luckily there are plenty of Metro Detroit venues that are showing some of the most iconic horror movies of all-time. So grab your horror buddy and get ready to celebrate Halloween all October long at these horror movie screenings in the D!

A tradition as classic as the theater itself returns to Plymouth’s Penn Theatre as Shock-tober Classics is back for more Halloween movie mayhem. The four week event takes place each Thursday in October at 7 p.m. and costs $3 (cash only). This year’s lineup includes “Abbott & Costello Meet Frankenstein,” “Gremlins,” “The Ghost and Mr. Chicken,” and “Ghostbusters.”

Senate Theater: Nightmare at the Senate (10/5)

The Senate Theater in Detroit gets October off to a nightmarish start with a double feature of “Nightmare Before Christmas” and “A Nightmare on Elm Street” on Saturday, October 5. The two classic films are Halloween staples, for obvious reasons, but should make for a good way to kick off the month. Both shows will also feature an organ pre-show set a half-hour before showtime.

One of the premiere movie theaters in Metro Detroit is continuing its tradition of showing premiere horror films in October with a screening of “Nosferatu” on Wednesday, October 16. The 1922 horror classic will be shown with a live organ accompaniment by organist Andrew Rogers. Other Michigan Theater screenings include “The Rocky Horror Picture Show” on Saturday, October 19 and “Matilda” on Sunday, October 20.

The infamous Redford Theatre in Detroit is consistently showing some of the most iconic films of all-time, and that will continue in October with a screening of “Army of Darkness” on Friday, October 18. The third installment of the “Evil Dead” series is directed by Detroit native Sam Raimi and features over the top scares and gore that has elevated it to cult status. If you’re looking for something a little more lighthearted, be sure to check out their screening of “Young Frankenstein” on Saturday, October 19.

The Landmark Main Art Theatre in downtown Royal Oak prides itself on showing midnight movies every weekend, so of course it will be showcasing the longest-running midnight movie of all-time, “The Rocky Horror Picture Show,” on Friday, October 25. Arguably the best interactive movie experience has been a midnight staple at theaters for over four decades. There will also be a midnight screening on Saturday, October 26.

Be Quick and Scary with the 48 Hour Film Project